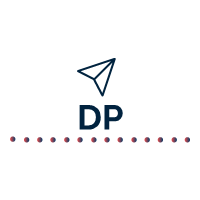 Arthur Du Fuss, bitter, alone and ignored by his neighbours, has two secrets: one dies with him when he commits suicide; the other is the vast wealth he amassed through the creation of a cult board game. Now his erstwhile neighbours receive a post-mortem invitation to the offices of a charismatic City lawyer to play a final version of the game; the prize – Arthur’s fortune. As they dice with the devil, the game first exposes the fragility of their relationships, and then tears them apart, with tragic and horrifying consequences. But Arthur, too, must pay for his revenge. The old man learns that outstanding debts can still be called in, even when you are dead.

BUY ON AMAZON
BUY ON APPLE BOOKS
BUY ON KOBO

Ilsa Wlich, a striking, mysterious woman of indeterminate age and steeped in lore, ancient and new, arrives one fateful evening in beautiful, but remote and insular Reimersberg at the end of the Adventurer’s Road. The town, deep in the mountains and wolf-inhabited forests in the Valley of the Witches, is seldom reached by outsiders and not particularly welcoming to them. Proud of their traditions, the people frown upon change and those who bring it.

Ilsa saves the life of a sick boy, Karl, but is suspicious of the cause of his sickness; a fact she keeps from the townsfolk for fear of causing panic. She earns the boy’s undying love, but also the enmity of some Town Elders, in particular the incompetent doctor and the mayor, Meister. Both feel as threatened by Ilsa as she feels wary of them.

Weary in mind and body from years of travelling, and still charmed by the town, Ilsa asks to settle in Reimersberg. Her presence there awakens a long-hidden darkness. She finds herself, together with Karl, treading paths far more mysterious, bloody and perilous than anything the Adventurer’s Road could conjure if they are to survive.

When a stranger attends an evening event in a small town’s art café, his silence and brooding presence unsettle everyone, but three old school-friends in particular. Something stirs from the sludge of their memories. The consequences of a cruel practical joke played thirty years before come back to haunt them, with a disturbing, potentially fatal outcome.

This dark psychological thriller has more twists and turns than the wild Cornish road on which newly-pregnant Claire Treloggan suffers a sinister and voyeuristic sexual assault.
The fallout puts a strain on her stale marriage to Richard, as does the presence of Detective Chief Inspector Ben Logan – an enigmatic police officer who has risen quickly through the ranks despite the problems he struggles to control and hide, not least of which is the prosopagnosia which renders him incapable of recognising faces.
When the events of a few years later bring Claire and Logan into contact again, their mutual attraction can no longer be contained. However, when Claire’s daughter, Cissie, starts to suffer recurring nightmares, Claire seeks help from a close friend, psychologist Freddie Dessler and under his hypnosis, the little girl’s revelations have shocking consequences for Claire and Logan. They are damaged people, each with a hidden agenda, and both of them are heading for a cliff-edge, below which demons wait.
BUY NOW

IN THE LAPTOPS OF THE GODS

While experimenting with the possibilities of creating a thought-driven computer, a huge IT company accidentally creates three mutants devoid of all five senses but capable of extraordinary feats of programming that give the company a virtual global monopoly in the market. These insensate, empty beings provide the perfect vessels for certain ancient gods to store their waning, corrupt and dilletantish powers. As the influence of these ‘gods’ grows they become bored with the business oligarchy they have created and seek a victim to punish in a manner appropriate to their mythological status. The man chosen is, however, the keeper of a secret that could bring their empire crumbling down.

A CONVERSATION WITH CAIN

When the woman he loves dies, Troy is terrified of the void; the nothingness that follows death. The intensity of his cry of pain draws to him the lost figure of Cain, ageless and alone. Together they embark on a perilous journey, both of them haunted – one by the desire to live forever, the other by his terrible past, which has trailed him through the wonders and horrors of eternity, and seems to be catching up. Both men are in danger and each holds the key to protect the other from revenge so ancient, it is no longer even cold.

The bizarre and brutal murder of a military hero – retired RSM Tom Wright – sets in motion another complex investigation headed by the troubled Inspector Logan, still haunted by the events of a previous case (see my novel This Changed Everything).

The detective’s prosopagnosia – facial recognition blindness – is almost the least of his problems as his overlapping inner demons and desires threaten his professional competence.

But it’s not only faces that confuse Logan as he struggles to read the minds and motives of a compelling, dysfunctional cast of characters, where nobody is quite what they seem, including the murdered soldier himself. Yet Logan’s flashes of intuitive genius likewise constantly unsettle those who would remain faceless.

Can Logan and his deputy Pascoe keep on the trail of blood as it leads their investigation up more dark alleys – most of them blind, and some of them heading into their own disturbed pasts all the way from Cornwall to Afghanistan?

The Armistice Killer’s parade of clues, red herrings, lies and deceits will keep the reader guessing to the last page.

With her marriage and career seemingly stagnating, Paula Godwin is on the lookout for anything which might point her life in another, more exciting direction. A phone number on a discarded piece of paper provides a random opportunity to make a change. When she calls it on impulse, she is indeed hurled off course, into the sensual world of an anonymous lover – a dark place where what doesn’t kill you can still destroy those around you.